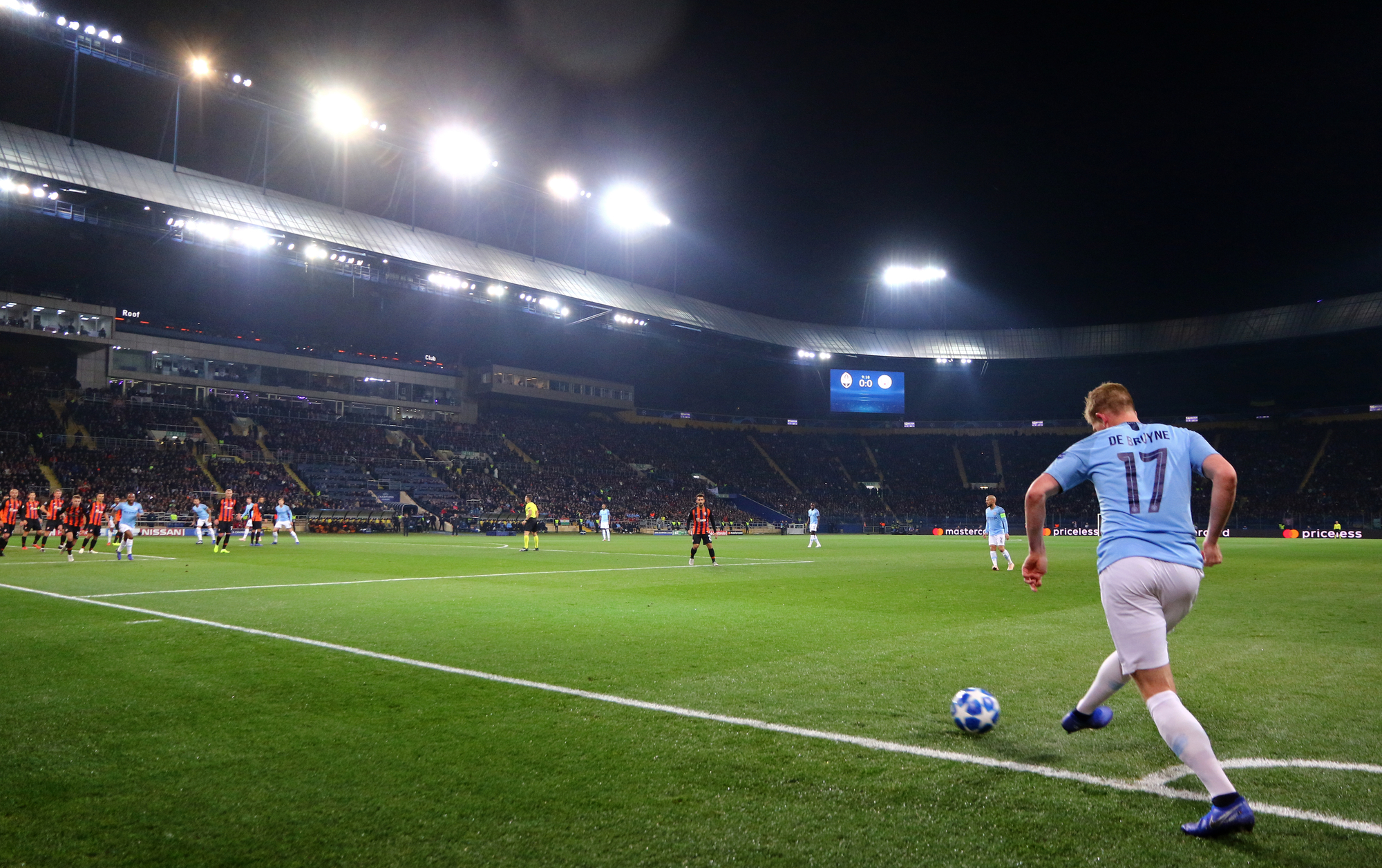 Manchester City made it to the semi-finals of the Champions League for only the second time as they beat Borussia Dortmund 2-1 at the Signal Iduna Park on Wednesday night.

Fears of a fourth straight Champions League quarter-final exit came back to haunt City as Pep Guardiola’s men were caught napping from a fantastic strike in the 15th minute by Jude Bellingham who became the youngest English goal scorer in the history of the tournament.

Dortmund midfielder Mahmoud Dahoud was presented with the first real opportunity when he struck powerfully from the edge of the box, but his shot went straight to Ederson.

City were then made to pay for some sloppy defensive work when Bellingham seized on a loose ball, controlled it and let loose a powerful shot that brushed Ederson’s fingers before crashing in to the far corner of the net as  Dortmund levelled the tie and edged ahead on away goals.

City, stunned by the early goal, recovered well and threw everything at the hosts with Kevin De Bruyne rattling the crossbar even as a resolute Dortmund defense hung on till the break.

Gurardiola’s men got the break they wanted when on ten minutes into the second period, Emre Can headed the ball onto his arm inside his own box and a penalty awarded. Riyad Mahrez made no mistake as he converted from the spot to help City nose ahead 3-2 on aggregate.

Dortmund tried hitting on the breaks as Mats Hummels headed narrowly over from a Marco Reus free kick, but the home side were stretched by City who by then seemed totally in control.

De Bruyne was seen going on a solo run from his own half but was denied a spectacular goal by a diving Marwin Hitz before Phil Foden put the game beyond Dortmund’s reach. The 20-year-old English forward took a ball from a short corner at the edge of the area and executed a superb shot that rebounded off Hitz to crash in low to the near post in the 75th minute as City went one step closer to landing that elusive Champions League title.

City now face Paris St Germain in the Final Four and one can hope for a contest of mouth-watering proportions in end-April. With the quarter-final win, Guardiola achieved his eighth Champions League semi-final entry with various clubs as manager, which is a  joint-record in the history of the competition alongside Jose Mourinho.