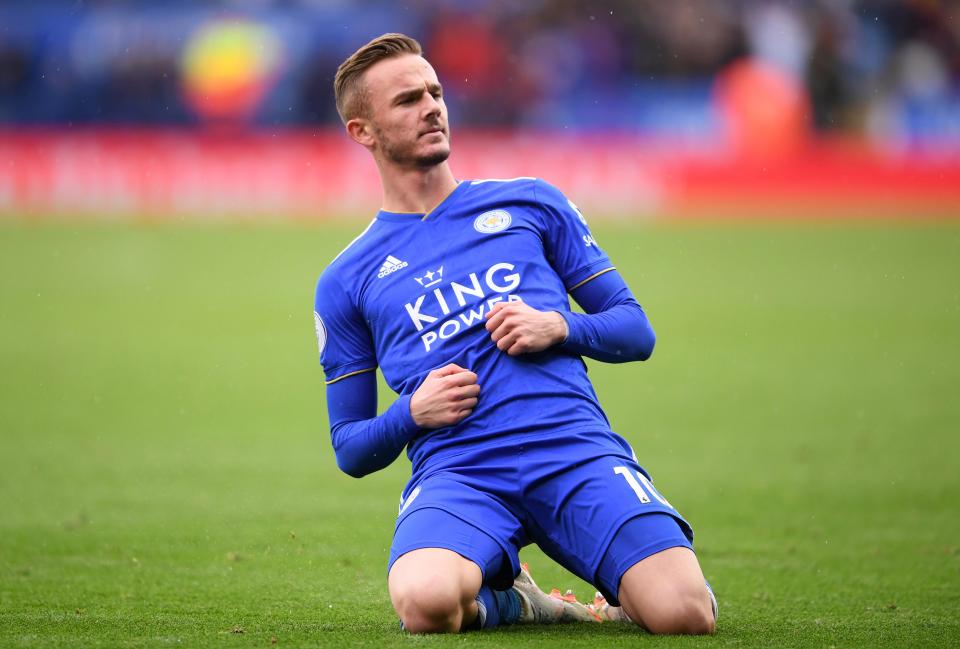 Hosts Southampton, down to ten men in the 10th minute of play, were able to frustrate Brendan Rodgers’ Foxes to a 1-1 draw at the St. Mary’s stadium on Friday night.

The Saints begun the proceedings in smart fashion but were dealt a blow early on when Jannik Vestergaard was sent off with a red card for a harsh tackle that caught Jamie Vardy painfully on the ankle.

Vestergaard in fact nearly helped open the scoring for his side before he left when his measured pass set Kyle Walker-Peters clear to find the back of the net, but the latter was adjudged offside.

Despite their numerical superiority, the visiting Foxes were not able to make much of an impact with their first shot on goal coming in only the 34th minute when Kelechi Iheanacho had his long-range effort saved by rival goalkeeper Alex McCarthy.

Leicester went behind despite their 70 per cent possession when Iheanacho blocked a Stuart Armstrong effort with his upraised arm inside the box and a penalty awarded.

James Ward-Prowse scored from the spot to make it 1-0 in the 61st minute. A stung Leicester side came to life as James Maddison unleashed a couple of shots on goal and McCarthy was forced to pull off a fine save from Ayoze Perez’s effort.

The Foxes pressure told as Jonny Evans met Iheanacho’s perfect cross into the area and headed in for the equalizer on 68 minutes. The Foxes then went flat out for a winner, but the Southampton defense held firm.

McCarthy brilliantly denied Vardy with his right foot from close range with ten minutes left as the game petered into a 1-1 draw.

The draw left the Foxes on the third spot with 63 points from 34 games, only 2 ahead of 4th-placed Chelsea who overcame Fulham 2-0 later in the day.

Southampton moved 10 points away from relegation and to the 14th spot on the points Premier League table.

A late Anwar El Ghazi strike consigned Everton to a 1-2 defeat at Goodison Park on Saturday night but still leaving Carlo Ancelotti’s side looking secure for a top eight finish.

Villa were on the attack from the word go as Ollie Watkins pounced on an Mason Holgate error to slot one in past goalkeeper Jordan Pickford in as early as the 13th minute.

However, the hosts did not have to wait long for the equalizer as Dominic Calvert-Lewin met a Lucas Digne corner with a header that powered into the far post six minutes later. Calvert-Lewin then missed a golden opportunity a little later to put his side ahead when he could not beat Villa keeper Emiliano Martinez with a close-range header.

Villa dominated the latter part of the first period with El Ghazi and Ross Barkley both hitting the woodwork.

For the Toffees, Bertrand Traore went close on two occasions but was denied by Pickford. The game could not maintain the same pace in the second half and seemed to be headed for a draw.

But El Ghazi had other things on his mind as he picked the ball at the edge of the area and gave Pickford no chance with a stunning effort in the 80th minute.

Everton who have been able to manage just one win from their ten outings at home remain of the 8th with 52 points despite Saturday’s defeat while Villa were able to break into the top ten to the 10th spot with 48 points.

Both teams have played have a game in hand, though.