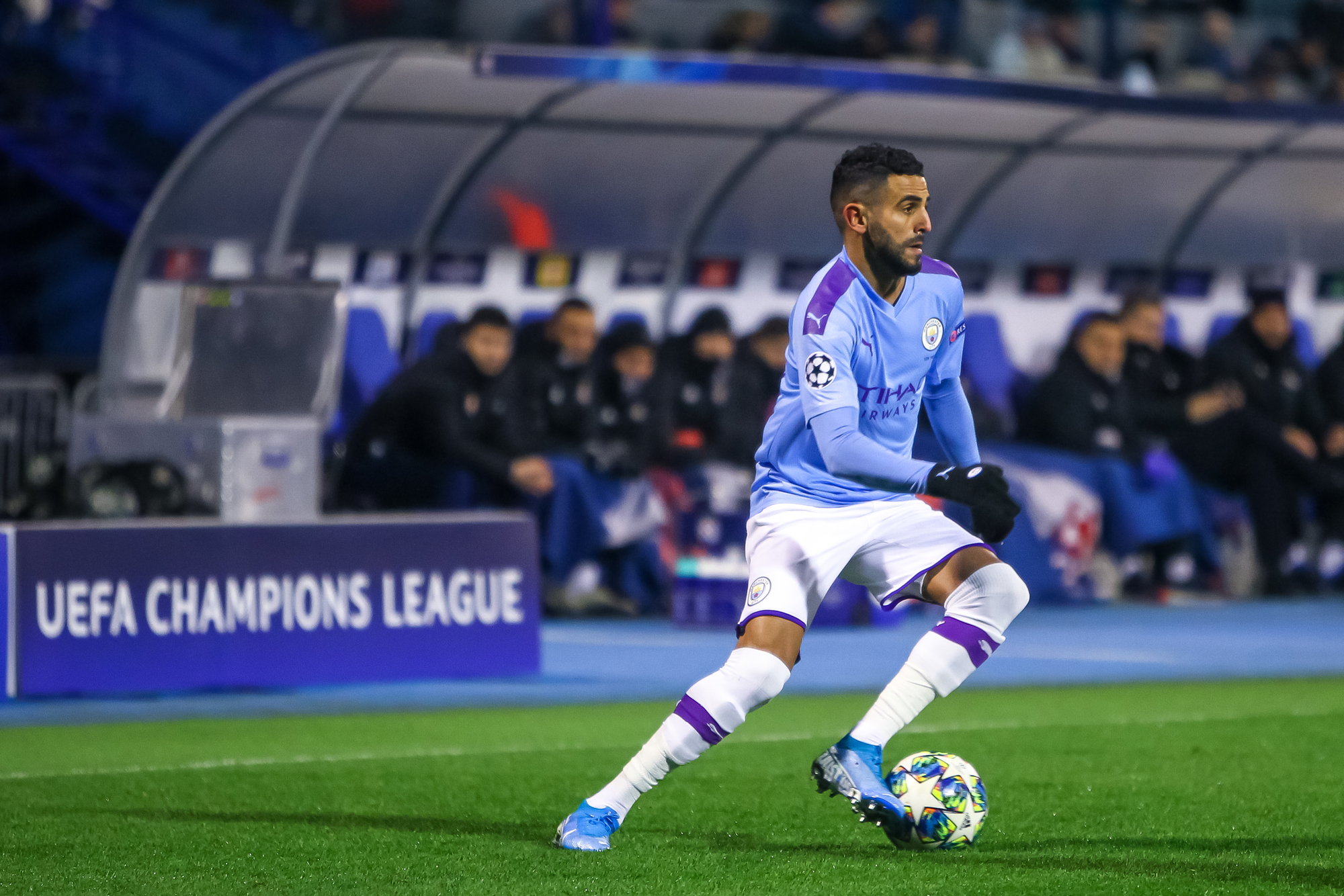 Pep Guardiola’s Manchester City progressed to their first Champions League final as they overcame Paris St Germain on the back of two brilliant goals by Riyad Mahrez at the Etihad stadium on the night of May 4th.

As powdery unseasonal snow blanketed the Etihad stadium, Manchester City were in for an early scare when referee Bjorn Kuipers awarded PSG a penalty for a handball by Oleksandr Zinchenko.

However, VAR checks showed that the ball had clipped the Ukrainian’s shoulder and the referee had to change his decision after consulting the pitchside monitor.

Going into Tuesday’s deciding second leg tie with a 2-1 lead from the first, City took complete control of the proceedings and went ahead in the 11th minute with goalkeeper Ederson initiating the move. The Brazilian’s perfect long pass over the top released Zinchenko down the left flank as he cut the ball back to Kevin De Bruyne at the edge of the box.

The Belgian’s powerful goalbound shot was initially blocked but the rebound fell to a waiting Mahrez who finished beautifully from a very tight angle past Keylor Navas. PSG now needed at least two goals and they pushed forward men in droves to that end.

They almost found a couple when Marquinhos’ looping header off a corner clipped the crossbar and Di Maria failed to capitalize on a poor Bernardo Silva clearance as he shot wide with the goal wide open.

City meanwhile were finding lots of space to counter-attack with Mahrez stretching Navas from a shooting opportunity at the near post as the score went into the break reading 1-0.

The Parisiennes continued putting pressure but could not find a way through a stubborn City defense.

Neymar, who in the absence of his talismanic striking partner Kylian Mbappe was muted for most of the night, at last found some space inside the area and tried dribbling past defenders to get a clear shot, but Zinchenko produced a superb block to deny the Brazilian.

That was followed by some fine defensive work from Ruben Dias when he threw himself in the path of Ander Herrera’s goalbound volley.

PSG were once more caught napping on the break as Phil Foden exchanged quick passes with De Bruyne before sending a low ball into the area for Mahrez who timed his run perfectly to finish a close-range left-footer to the roof of the net for his second of the night. 2-0 in the 63rd minute and 4-1 on aggregate.

There was no coming back into the game for the French giants and their frustrations boiled over when Di Maria was sent off in the 69th minute for stamping on Fernandinho as he went to retrieve the ball for a throw-in.

There was more foul play from Mauricio Pochettino’s side as they earned a flurry of yellow cards towards the end. City kept their cool and could have easily added a few more through Foden and Mahrez even as they finished the night with a famous victory.

The PSG attack was toothless to some extent without the presence of the brilliant Mbappe but there is no taking away from City’s performance that was an embodiment of great maturity and professionalism. To quote Guardiola’s words on the historic entry into the finals “‘Getting to the final makes sense of what we’ve done in the past four or five years’