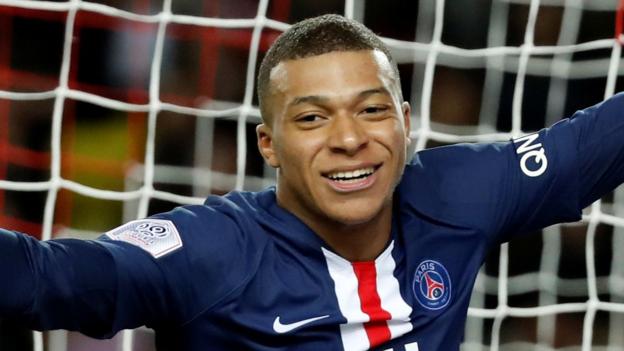 Les Bleus took their unbeaten run of games against Croatia to eight when they beat the hosts at the Stadion Maksimir Zagreb in a Group A3 encounter on October 14th night.

The 8th minute of play saw Antoine Griezmann pounce on a poor clearance by Domagoj Vida following some deft work on the right from Ferland Mendy and blast home for his side’s opener.

Kylian Mbappe missed an opportunity to double the lead for the visitors in the 15th minute when he fired wide with an open goal at his mercy.

Les Blues and Tottenham keeper Hugo Lloris was seen in action minutes later when he kept out Mario Pasalic’s shot from three meters with a reflex save.

Nikola Vlasic equalized for the Croats in the 65th minute, unleashing a sublime shot with the outside of his foot past Lloris after some fine work in the midfield by Luka Modric and Josip Brekalo.

France upped their game with a quarter of an hour to go as substitute Paul Pogba forced a save from Livakovic.

Come the 79th minute of play, Pogba initiated the move that led to the winner, as he essayed a pinpoint pass out to the left for Lucas Digne who was able to volley a first-time cross into the path of Kylian Mbappe.

The 21-year old Frenchman took the pass and swept home to give Les Bleus the winner. Pogba could have put the game beyond the Croatians reach a minute later as he missed a sitter.

Mateo Kovacic and Andrej Kramaric came close to equalizing for the hosts in the dying minutes but an alert Lloris denied them that chance as France took 3 important points..

The Zagreb win left France second in the group on 10 points from four games, behind Portugal on goal difference after the European champions pulverized Sweden 3-0.

Croatia have three points and the Swedes none from their four Nations League outings.

Although Zlatko Dalic’s men played beautifully in the second half, it was the class of their opponents that ultimately spelled the difference as Les Blues made the best of their chances and scored a couple of excellent goals.

After a listless performance in a goalless draw against Italy a few days back, Ballon D’or winner Robert Lewandowski was back to form as he struck a brace against a 10-man Bosnian side to take Poland to the top of Group A1.

The 32-year old Pole who has a record 63 goals for his country missed a close-range sitter and then hit the post from the edge of the penalty area before he finally broke the deadlock with a fierce shot in the 40th minute after Kamil Jozwiak teed him up with some deft footwork.

The Bosnians were under pressure right from the start and their task was made more difficult in as early as the 14th minute when central defender Anel Ahmedhodzic was shown a straight red card for tripping a goal-bound Lewandowski.

The Bayern Munich striker turned provider for a change with a sublime first-time pass to Karol Linetty who headed downward to the far corner to make it 2-0 for the hosts at the stroke of half-time.

Lewandowski finished the contest off 6 minutes after the interval with a customary side-footed shot to the top right corner after he beat the offside trap to meet an inch-perfect Mateusz Klich cross.

Post the home win at Wroclaw, Poland find themselves at the top of the A1 cluster with 10 points from their four games, their cause helped by the Italy-Netherlands draw on the same night.