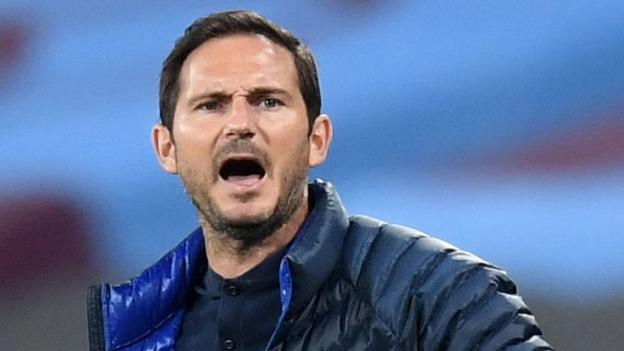 An organized Sevilla frustrated home side Chelsea in a cagey 0-0 draw at Stamford Bridge in a Group F clash of the UEFA Champions League.

The Europa League winners were able to ward off whatever Frank Lampard’s men had to throw at them in a match that produced few clear-cut opportunities.

Blues goalkeeper Edouard Mendy recovered in time to replace the totally out of form Kepa Arrizabalaga and the Senegalese proved how valuable he is to Chelsea when he showed great reflexes in clawing away a Nemanja Gudelj header after it had deflected off Kurt Zouma towards an open goal.

Chelsea managed just one shot on target in the first half as the Spanish visitors enjoyed more of the possession.

Chelsea only had had two half-chances by Timo Werner to show before the break.

The Blues emerged much better post interval and could have gone ahead from Kurt Zouma’s free header from a Ben Chilwell corner, but the French defender’s attempt went straight at Sevilla custodian Yassine Bounou.

Chilwell tested Bounou a little later with a header while Werner released a stinging shot at the rival keeper. After Chelsea’s frantic beginning to the second half, Sevilla ended the game strongly.

Joan Jordan came close to getting a winner for the visitors from a stunning 20-yard dipping volley off a corner, which rustled the top of the net on its way out for the game’s last big scoring opportunity.

While Chelsea failed to score for only the second time in eight games this season, Lampard’s side managed a rare clean sheet after a much-improved defensive performance with new signings Mendy, Silva and Chilwell performing admirably at the back.

Chilwell also impressed going forward and it was his corner that created a great chance for the unmarked Zouma’s header. Reece James also marked his return with a solid display, showing great initiative in going forward down the flank from his usual right-back position .

Julen Lopetegui’s side showed again that they are a hard side to overcome with a doughty performance, restricting Chelsea to just six goal attempts, their lowest total in the Champions League since a game against Paris Saint-Germain way back in 2015.