Manchester City 3 Porto 1 – City come from behind to win at the Etihad; Aguero ends goal drought 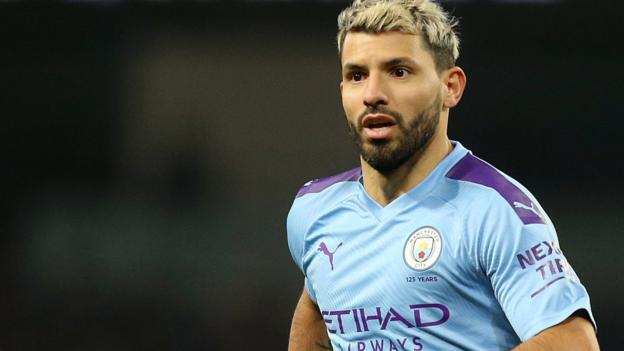 Pep Guardiola’s Manchester City survived an early scare to come from behind and beat a visiting Porto side 3-1 at the Etihad stadium in a Group C clash on Wednesday night.

The Portuguese went into the lead after Ruben Dias gave a ball away to winger Luis Diaz who cut in from the left, sped diagonally across the City defense and unleashed a shot into the far bottom corner to make it 0-1 in the 14th minute of play.

The hosts found their bearings quickly as Ilkay Gundogan struck the post before Porto defender Pepe bundled over Raheem Sterling inside the box in a goalmouth scramble.

A penalty ensued which Sergio Aguero converted to bring his side to level terms in the 20th minute. The spot kick incidentally was the injury-prone Aguero’s first goal in 231 days.

The Gundogan and Sterling attempts were the only real chances of the first half for City as their rivals looked to hit them on the breaks but without much success.

Post the interval, goalkeeper Ederson was caught napping as a callous pass towards Rodri allowed Mateus Uribe to pounce in but the Porto midfielder blazed his shot wildly over.

Kyle Walker was then forced to scramble the ball off the line following a poor Joao Cancelo clearance. This was before Moussa Marega beat City’s offisde to bear down on Cancelo.

City recovered and upped their tempo on the hour-mark as Gundogan’s first-time shot was pared away by Porto custodian Agustin Marchesin.

Gundogan was again to the fore as he was fouled on the edge of the area and bended in a shot beautifully from the resulting free-kick to give the hosts the lead in the 65th minute.

It was Gundogan’s final contribution before he and Aguero were replaced by Phil Foden and Ferran Torres.

The substitutes combined to give City their third for the night with Foden indulging in some wonderful one-two with Torres before the latter executed a clinical finish to the roof of the Porto net in the 73rd.

With Kevin De Bruyne, Gabriel Jesus, Benjamin Mendy and Aymeric Laporte all sidelined owing to injuries, Guardiola made two changes from the win over Arsenal with teenager Eric Garcia getting a surprising start at centre-back replacing Nathan Ake, who was missing with a groin problem.

Man of the match:

City were far below their fluid best and struggled to create clear openings up against an organized rival defense and had to depend on set-pieces for two of the three goals they got.

Barring Gundogan none of the players seemed up to the mark on a night when Porto were in the game for the best part of the first hour and it was only the German midfielder’s creativity that broke the stalemate and got them the football result.

“We knew how tough it would be because Porto, alongside Benfica, are the best team in Portugal. They have a winning mentality but I was surprised a little bit that they played so defensively.”