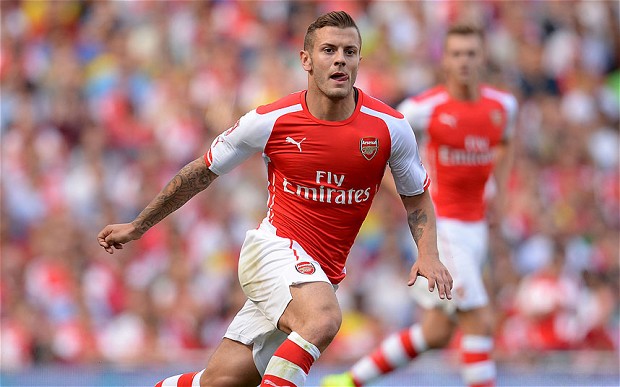 JACK WILSHERE is just 6/1 to join West Ham until this summertime’s due date day draws to a close, according to Ladbrokes.

Arsene Wenger will enable the England midfielder to leave the Emirates on loan, and there are a whole host of clubs in the mix for his signature.

While English sides Crystal Palace and Everton are a little behind the Hammers in the market, it’s also 7/1 for Wilshere to sign up with Valencia prior to 11 o’clock tomorrow night.

Nevertheless, it’s not likely the 24-year-old will be relocating to another North London club, with Tottenham Hotspur priced up at 33/1 to be Wilshere’s next location.

Ladbrokes News’ Alex Apati said: “West Ham are the early favourites to sign Wilshere however offered the variety of clubs on the shortlist the only certainty seems that he’ll be plying his trade far from the Emirates when the window shuts.”