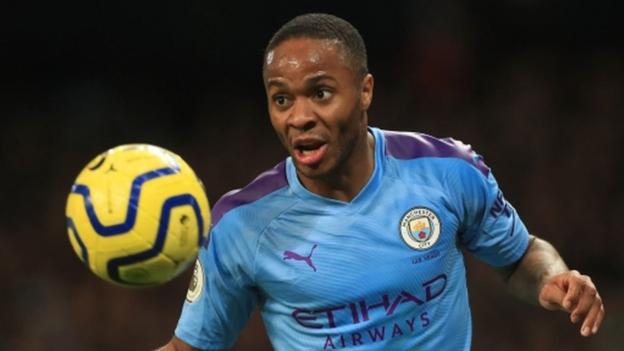 Arsenal’s dismal record against Manchester City continued as they went down to Pep Guardiola’s team by a solitary goal.

City quite expectedly had most of the exchanges in the first half with Riyad Mahrez almost opening the account for the hosts but his long-range attempt narrowly missed the target.

City did go ahead when the Gunners goalie failed to cleanly collect a powerful Phil Foden shot and a prowling Raheem Sterling was quick to react, blasting in the rebound to make it 1-0 in the 23rd minute.

Arsenal showed glimpses of aggression before the break with Edereson denying Bukayo Saka two near chances.

A little before interval, there were cries for a penalty from the Gunners after Kyle Walker’s high foot on Gabriel inside the box but VAR decided against it.

City striker Sergio Aguero made his first start of the campaign while £45m signing from Atletico Madrid Thomas Partey came off the bench late on to make his Arsenal debut but both substitutes failed to make an impact.

City won without the mercurial playmaker Kevin de Bruyne while Arsenal’s miserable run in away games against ‘top six’ rivals continued as they now failed to win in their last 29 such meetings with the same.

City have climbed into the Top ten of the football league table as a result of Saturday’s win while Mikel Arteta’s side are out of the Top Four to the fifth.